The people of Belfast who witnessed the arrival of U.S. troops landing on 26th January 1942 immediately noted a difference in style. Accustomed to the uniforms of the British Army, many remarked on the quirks of the American outfits and kit.

While British soldiers carried a square kitbag on the shoulders, Americans used a longer, rounder black kitbag carried along the spine. Gas masks carried by the British at chest height also contrasted with their American counterparts. The U.S. equivalent is lower-slung, just below the waist. One American soldier, First Sergeant Ted Shwerin, was happy to demonstrate to Major-General V.H.B. Majendie (G.O.C. Northern Ireland District) that his mask was just as easy to fit and just as effective.

During Major-General Majendie’s informal chat with the American troops, one Sergeant explained the origin of the term “Buck Private”, an American equivalent to the British Tommy. The rate of pay for a Private soldier was a dollar or buck a day. Including extra payments for specialist qualifications, this averaged to around $50 per month. A Sergeant would draw a little over $100 a month, while a Master Sergeant (similar to a Regimental Sergeant Major) would earn $160.

Under their smart tunics, the American troops wore khaki shirts and collars with black ties. On the legs, gaiters longer than those of the British forces covered brown leather boots. Some onlookers at first suggested the soldiers had the appearance of an Officers’ Corps.

One thing was missed by those who watched the troops go by – the clink, clink, clink of marching feet. This was absent, not because the marching Americans lacked the rhythmic tread of trained fighting men, but because they wore rubber-soled footwear and moved with the silence of cats.

Those close enough to the parading new arrivals were in no doubt as to where the soldiers came from. Particularly, when hearing commands such as “Right Face”, “Left Face”, and “Rest”. The command “Rest” is equivalent to the British “Easy”, except the more informal American way is to stand easy and strike up a cigarette. 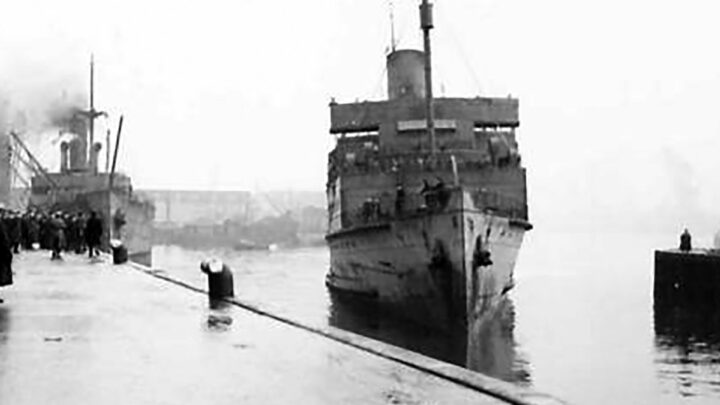 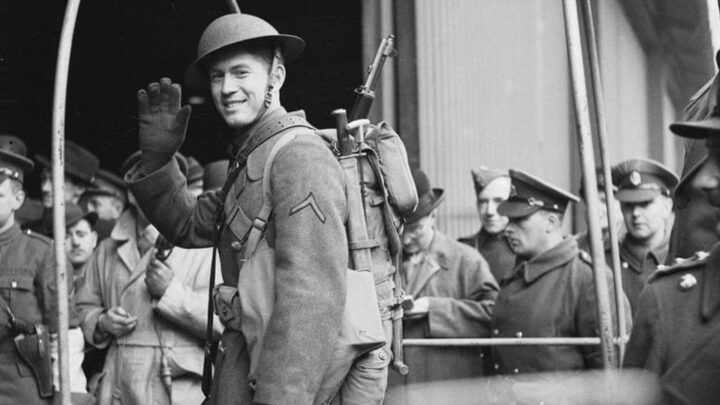 -Dr. Simon Topping is a lecturer at the University of Plymouth. He has undertaken extensive research into the social, and political impact of the time spent in Ulster by GIs for his latest book 'Northern Ireland, the United States, and the Second World War'.